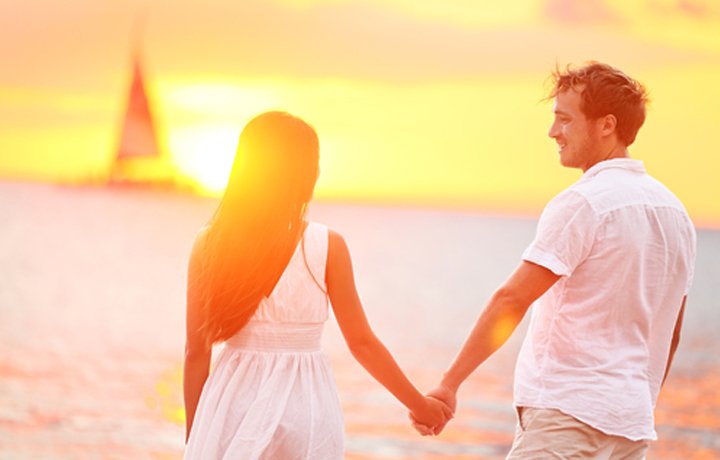 As I sit here this morning pondering the difference between forgiveness and reconciliation, my mind goes to the eleven precious women I recently spent the weekend with at “4 Days 2 Hope”. These women were there because they had someone in their life that had hurt them deeply and they needed to forgive. But more than that, they longed to be reconciled with the one who had hurt them.

Genuine love pushes us beyond the pain of the past into the hope of the future! Love is what compels us to not throw in the towel and walk away, even when it goes against all rational thought.

We are compelled by the love of God to love, thus we choose to forgive, seek to reconcile and pray for restoration. But how do we forgive when the pain is so deep and the feelings of rejection are so fresh?
Step #1 Choose humility- resist pride

Recently I had a person that I had invested a lot of time and energy in helping. Things were going great until I pointed out an area in their life that I felt was a blind spot. Once I did, they cut me off. In my pride I wanted to send an e-mail listing all the time and resources I had spend trying to help them. But I knew that reconciliation would never come if I responded in pride. So I choose to stay humble and not point a finger in blame.

Pride causes us to hold on to offenses. Humility allows us to release them. We can choose the bondage of bitterness or the freedom of forgiveness.

Years ago when I was faced with having to forgive my husband for betraying me, I found that the only way I could forgive him was to focus on my own sin. I remember riding down the road one day with all the children in the back seat of the van. My mind was being overwhelmed with all the thoughts of how he had hurt me. The pain surrounded me, and I felt as if I was going to drown. Then God brought to mind my own sins. I began to name them one by one out loud! As I focused on my failures, I was able to get my eyes off Paul and what he had done, on to what Jesus had done for me! Humility allows you to see yourself.
Step #3 Choose to see through their eyes

I had an aunt who was in her mid 60’s who had never married. She had lived with her parents her whole life and was one of the most bitter and explosive people I have ever known. She died unexpectedly at the age of 65. Six months after her death, it was discovered that she had conceived a baby when she was 19 years old and that the baby was put up for adoption without any one in the family (except her Mom & Dad) ever knowing she was ever pregnant. The parents had managed to hide her pregnancy so that not even her sister knew.

Imagine the surprise for the family when a woman showed up after her death claiming to be her daughter! In the midst of the shock, all I could think about was…if only we had known. Had we only known the guilt and shame she must have been carrying, we could have understood her explosive anger and been able to point her to the only one who could free her from her shame. But instead we judged her as bitter old woman and stayed as far away from her as possible. Wounded people, wound people!

Ask God to help you see with eyes of compassion. Ask God to allow you to see the person from a different perspective. Ask Him to allow you to see their hurts, their wounds and their life through their eyes. Ask yourself…what could be the issues in their life that have left them so wounded that they are wounding others. See them with eyes of compassion.

Step #4 Choose to not be a victim! Break the victim mind-set

When I was in my early 20s this was life-changing for me! I had spent many years allowing myself to be a victim of the things that had happened to me in my childhood… molestation, abandonment, etc. My life turned around when I heard these words, “stop blaming your life on everyone else and take personal responsibility”. I realized I did not have to live as a victim! I could break the victim mindset and live victorious over what had been done to me.

More and more our society has become a society of victims. We constantly look around for someone to blame for where we are in life and for the choices we have made. It is a vicious cycle! You can live victoriously over your painful circumstances and break the victim mentality or you can keep being a victim and stay in the cycle of depression and despair. It’s your choice! Choose to live victorious!

Step #5 Choose to bless those who have hurt you

Several months ago I met a woman who had not spoken to her mother in twelve years. She described their relationship as toxic. She attended our “4 Days 2 Hope” women’s intensive. When we got to this part of the teaching in the weekend, this women resisted. She said “I do not want my mom back in my life. She is a very destructive.” As the weekend progressed I remembered that this woman had mentioned that she also had an adult daughter that was born out of wedlock when she was only 16. When I asked her what kind of relationship did she have with her older daughter she said, “We have not spoken in 5 years”.  I was not surprised and did not have to say much at this point. She got the point.

Later she told me that she had ordered flowers to be sent to her mother’s house for Easter and the card read…”I am not there yet, but I did want you to know that I have turned a corner and I am headed in the right direction. Please be patient with me. I will get there.” This one act of blessing may not have brought reconciliation but it did allow my friend to step over the line she had drawn. By blessing her mom, she released her bitterness and released herself.  Now her mother has to choose…blame or take personal responsibility for her response.

“Bless your enemies.” (See Matthew 5:44 & Luke 6:35) This is an action not just a prayer! In the Christian world we have reduced it to a simple prayer “God bless my enemies”, and then we list them. But we need to be willing to say, “God, how can I bless my enemies?” Then do it! Seek to bless the one who has wounded you. You will be amazed at how the scale will tip.

But what about reconciliation?

Over and over I have seen when people apply the steps above through a spirit of humility, reconciliation often comes naturally.

Does it always happen? No, because there are two people involved. In order for reconciliation to happen where there has been a break in relationship, both parties have to desire to be reconciled. You cannot reconcile with someone who does not want to be reconciled. Two can’t walk side-by-side if one chooses to walk in another direction. You can’t force reconciliation but you can choose forgiveness! Release yourself by releasing others.

What is the difference between being reconciled and being restored?