Rey and Jane looked great on the outside. They were leaders in their church and had a strong family. What no one saw was that they were crumbling from the inside out. After years of adultery, Rey took the courageous step to come clean while Jane grabbed hold of God’s grace. Together they turned the tide of their marriage and family back in the right direction. 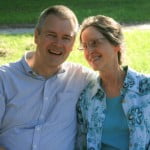 About two weeks before I heard Paul & Jenny, God had made it clear to me that my husband was involved in something like adultery. I thought those were interesting words “something like adultery.” I was like, “Okay God. What do I do with this information?” I felt His response to me was for me to wait until the conference. I didn’t feel there was anything I could do but pray, because I did not know what was ahead. 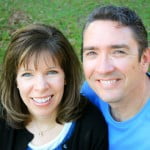 God used a small diner to start the process of helping a couple find brokenness. Listen as the Dawes share how God’s grace helped them walk through the exposing of adultery. Mark and Sherise overcame their own hypocrisy by becoming honest with others and themselves.  Later, God used the same diner to show His power in reconciling us to Himself and others. 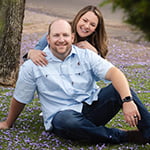 After going to a 4 Days 2 Freedom weekend, James said, “I realized what a hypocrite I had been, not only in my marriage, but my entire life. After coming clean with my wife, God began a journey of reconciliation, restoration, and healing in our hearts. It was the hardest thing we had ever gone through as a couple, but God’s Grace was sufficient for every step we had to take. Today, our life is 180 degrees different. God has renewed our hearts, mind, and marriage.” 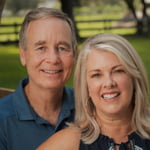 The confession of Phil’s secret life that started with pornography but progressed to massage parlors and betrayal shattered his and Priscilla’s twenty-eight-year, picture-perfect marriage. Phil’s admission launched Priscilla into her own process of brokenness and self-discovery.  God accelerated their healing and transformed their relationship through revealing the power of humility, forgiveness, and spiritual intimacy.

Alcohol, adultery, & abuse were the recipe for complete disaster for this marriage and family.  Throw in a court separation along with anger and pride, and almost everyone would have written them off as “Done”.  But God reached Jordan and Krystal and brought about complete change and restoration not only in them, but their whole family.  Now God uses their story to reach even the most hopeless couples. 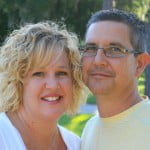 Albert sold drugs and Christy was just a customer, until they fell in love. After years of sorrow and misery God brings them to the end of themselves and the miraculous change takes place. Listen as Albert shares about how God helped him through the guilt of causing a friend to die.

Tim & Judy – “I hate my husband!”  These were common words spoken by a wife who was filled with pain and hopelessness. Listen to their story of how God turned a hard, alcoholic truck driver into a man who loves and cherishes his wife and kids.  [Read More] [Watch]

Marc & Dana – Is it possible to forgive an unfaithful husband?  God did seem to be changing my husband, yet I still couldn’t let go of my own hurt and forgive him.  Finally, I decided to make a phone call to the wife (Jenny Speed) of the man (Paul Speed) who we had heard speak in Sacramento. Surely she would have answers, and she would understand and agree with me that my husband was a horrible person.   [Read More]

Scott & Amanda –
When Scott shared his story in church, he told how he feared opening up and being honest in from of his kids. He said, “This talk, I dreaded giving my kids, was that their Dad was a failure. But God has His way and rewards you for doing what is right and following his prompting.

WIT ALIVE, a young man – The defining struggle of my life has been my struggle with pornography. I had sought it out since my early teen years and it had a grip on me. All the while, I was putting on a good show of being a victorious Christian, but on the inside, I was being burned alive by my lust. I had tried again and again to stop … [Read More]

WIT ALIVE, a young woman – I was so deep in this sin that I could no longer hear God’s voice; nor did I care to. I became depressed, not caring about anything, my friends, my job, my life even. I never had suicidal thoughts, but I just didn’t care about life. I was a wreck, but I was so blinded that I couldn’t even tell how bad off I was. Last year at WIT… [Read More]