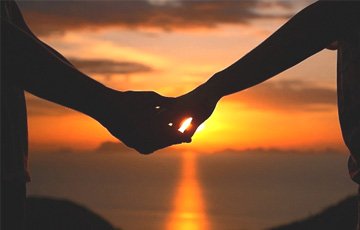 Before accountability can happen, there must be openness. We need to understand each other’s weaknesses and vulnerable areas. This involves confessing all hidden sins to our wives and having a broken heart that desires change. Then we must humble ourselves and acknowledge our need for accountability and help. Our wives should always be our first accountability partners.

In order for our wives to be able to help, we need to talk the same language. For years, my wife Jenny asked me, “Are you struggling?” when she sensed the presence of temptation. I viewed the word “struggling” as equivalent to “failing.” If I had not given into sin and was striving to overcome the temptation, I would tell her, “No, I am not struggling.” We both became frustrated, because she thought I was lying and would say, “How can you not be struggling?” and I insisted I was not “failing.”

Our miscommunication continued until one evening when the word “battle” was mentioned in our conversation. We both said, “That’s it!” We realized that every day of our lives, we enter into battles. The word “battle” doesn’t mean we’re failing; it means we are engaged in warfare. A battle accompanies every temptation we encounter. In each battle we will either be victorious over Satan, or defeated by him.

With this new understanding, I am able to tell Jenny when I am being attacked, and she is able to join and support me in the fight. Now, when we are in a place with immodestly dressed women or other temptations, she can ask me “Having any battles?” and we each know what we are talking about.

Have you ever been suddenly bombarded with intruding thoughts of temptation towards someone or something? You may be faithfully taking your thoughts captive, but still the intruding thoughts just keep coming. Now is the time to recognize you are in a battle! Your first response should be to call for help.

No battle is ever fought by one lonely soldier. If the attack is on, reinforcements are in order. Call on the body of Christ for help when you find yourself in a battle, not after you have been defeated. Remember, accountability isn’t admitting when we’ve failed. It’s acknowledging to others when we’re in a battle so others can come to our side and join the fight. Many times I have found that just acknowledging the battle to my wife will cause the intruding thoughts to cease.