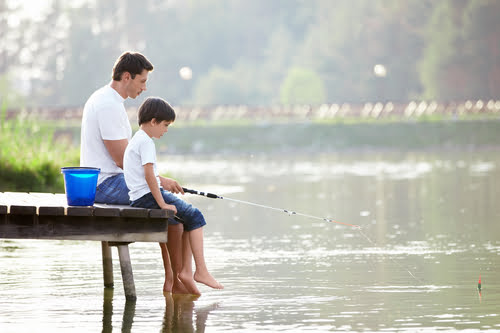 In a recent blog I was sharing some advice I would give to a new father. Three things came to mind and as I thought about it, I realized I would give this advice to any father.

I combined the first two pieces in the first blog, but have held the third until now. It is so important and fathers ask me about this more than any other subject.

So what is it?

#3. Talk to your kids about sexuality

I believe the obvious question here is, “If we don’t talk to them about it, who will?”.

Let me begin with a couple of the reasons why we don’t want to talk about it. One reason is because we find it embarrassing. While this might be true, it is not a good reason to avoid talking about it. In fact, that sets the whole precedent of this discussion.

If we truly believed as Christians that God created sex and saw that it was good, our perspective would change. God made us male and female with body parts to look and function the way He designed. It would be hard to imagine the first time Adam and Eve were sexually intimate that God would’ve been surprised, stunned or embarrassed.

I’m sure God’s response was not, “Oh no! I should have never made them that way. This is only going to cause problems.”

We must remember that it was sin that brought the feelings of shame into this world. After the fall of man, man’s view of himself and sexuality changed, but God’s view did not. Sex has been redefined to be something dirty and therefore, it does feel somewhat embarrassing or shameful to talk about publicly.

The second reason we don’t want to talk about it is fear. (also discussed in previous blog post) It would benefit us to ask ourselves, “Why am I afraid to talk about this?” Fathers often tell me that they are afraid to talk about sexuality with their children “too soon”, meaning before they are ready. This is especially true with their sons. Unfortunately, that usually equates to either never talking to them or once their son or child discovers something in regards to sexuality, they are forced to do it.

Fathers also tell me they are afraid because they don’t want to put something in their kids mind, because they might start doing it. You should be able to look at your own life and see that that is not true. As an adult, you have a vast knowledge about lots of things that you probably don’t do nor ever tried to do.

Kids don’t start experimenting with themselves or others sexually, doing drugs, cutting themselves, purging, or most other destructive habits because they find out the habit exists. They don’t start smoking because someone says, “Hey, kid! Put this burning rolled up paper in your mouth and fill your lungs with smoke.” They probably have heard, either externally or internally, “Hey dude! This is cool and you’ll be somebody if you do this.” Or they may hear, “Hey! Do you want that pain to go away? Try this.” Maybe they hear something like this, “Don’t let others tell you what to do. They just don’t want you to have fun. Try it yourself.”

I think it is clear that it is not the knowledge of something that makes someone want to do it. Think about man’s original sin. Do you believe that if God had not told Adam and Eve about the tree of good and evil, they never would have of eaten the fruit? I mean, if they didn’t know the tree existed, how could they ever eat from it? Don’t be naïve! We have an enemy and he was there in the garden also. He would have been more than happy to show them the tree and explain what its fruit would do for them, and why they need it.

That same enemy is still around today and is more than willing to do this with your children. I can’t tell you how many 20+ year olds, who grew up “isolated and protected”, tell me they think they have invented a sin. No one has ever talked with them about it and they don’t even know what to call their sin habit. They are wondering through life all alone. They end up doing the same things that those who know what to call “miscellaneous sexual sins” are doing.

If we leave it to the world around them to teach them about sexuality, they will develop a distorted sexual paradigm that will lead to greater problems. Look at some of the things the world tells us about sexuality today:

Sex is all about you.

You need to experiment to find out what you like.

There are no consequences if you use protection.

It’s perfectly fine if you love each other.

And on and on it goes…

As fathers, we have to take the lead in our homes and be willing to do the hard things. The good news is, I believe God’s Word give us guidance on how to approach this subject in a healthy way that will benefit our children for the rest of their lives. So how do you do it? I’ll explain that in Part 3.