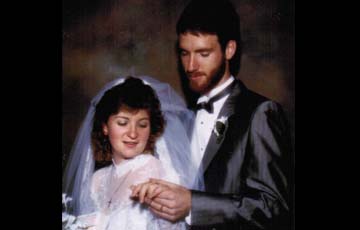 Before Jenny and I married in 1988, we spent several years as missionaries with Youth With A Mission. Our 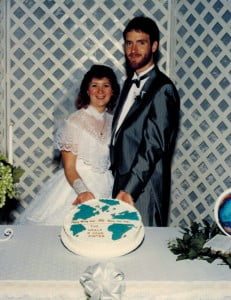 wedding had a missionary theme with “Go you there­fore into all the world…” on the cake decorated as the world, and an open Bible and globe sitting close by. Everyone knew that we were bound for the mission field.

Yet, years passed and we were still in America trying to do in the flesh what could only be accomplished in the Spirit through openness and brokenness. We had succumbed to the nominal Christian life of checking off the boxes with church attendance and Christian duty.

We were achieving the American dream! Successful business owners, big house, nice cars, six kids, yet we were empty and lost in our “Lukewarm” Christianity. Nov.18th 2002 changed the direction of our lives forever! Sick of hiding my sin of pornography, lust and lying, I came clean and openly confessed 14 years of hidden sin to Jenny. Since that day, the chains have been broken and my eyes are now open.

It is amazing to see how 25 years later, our earlier desire to “be missionaries” has come about as a natural response to God’s call in our life to walk “trans­parent” be­fore God and man. We haven’t had to “be­come” mis­sionaries, we simply “are” mis­sionaries. Our hearts are overflowing with joy as we see God opening the doors for WIT Ministries Dev to take our story of freedom to other parts of the world!

WIT 2 “Moving Forward!” In October, 50 Alumni from past WIT marriage conferences met for the first WIT 2. It was an awesome time of fellowship as we shared our ups and downs openly with one another and began to lay out steps of action that will keep each of us “Moving Forward” in our relationships with one another and Christ. This was an encouraging weekend that helped put both spouses on the same page moving in the same direction!

“At WIT 2, God opened our eyes to see how to love and understand each other which has brought true intimacy for the first time in our marriage.” ~ Dave & Laura, Canada

“4 Days 2 Forgiveness” for Women. What a blessing it was to see God work in the lives of these 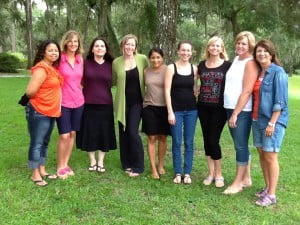 incredible women! God met them in a powerful way as they sought Him for healing from past hurts and bitterness that had brought so much pain and bondage into their lives. These women responded to the grace of God and opened up their hearts which allowed them to move from “victim to victorious!”

Praise the Lord for couples like Rey and Jane Alvarenga who have a passion to see others walk in the same freedom they have! Rey and Jane are the directors of the WIT Mexico team. This past spring, they led the first WIT ALIVE for singles south of the border. 160 young people came from all over Mexico. One group of 40 traveled 21 hours by bus! The results were life changing! We are still receiving e-mails from young people telling us, they met God at WIT ALIVE in Mexico!

the couples attending are the parents of the young people from the spring conference. These parents have seen the change in their children and desire what they have, a life…

Want to serve on the WIT Mexico team? Please contact Rey and Jane at [email protected] Can’t serve but want to donate? Donations to WIT Ministries Dev marked “Mexico” will be used only for the WIT Mexico team and sponsoring of Mexican couples / singles to the conferences.

ASIA, and the Land Down Under:

WIT goes to the other side of the world to proclaim that Christ has come that we may be FREE! Free from all the sin that has held us in bondage and to love God with total abandonment! On Nov.5th, 2013, Jenny and Paul will travel with our 2 daughters, Sarah 12, and Anna 10, to Singapore, Malaysia, Australia and New Zealand. We will be speaking in churches and also conducting Marriage conferences throughout these countries. Praise God for open doors to share the message of freedom! 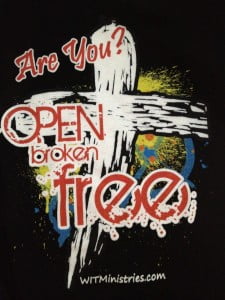 “My father accepted Christ after coming clean with my mom and family. Their marriage was on the verge of disaster. Today, they love each other more than ever. After seeing my dad COMPLETELY break and change, I began searching for the powerful God who I had so long resented. I accepted him after coming clean as well. I am a different man because of it. God has turned my world and my family’s world upside down!”  ~ Josh, Texas